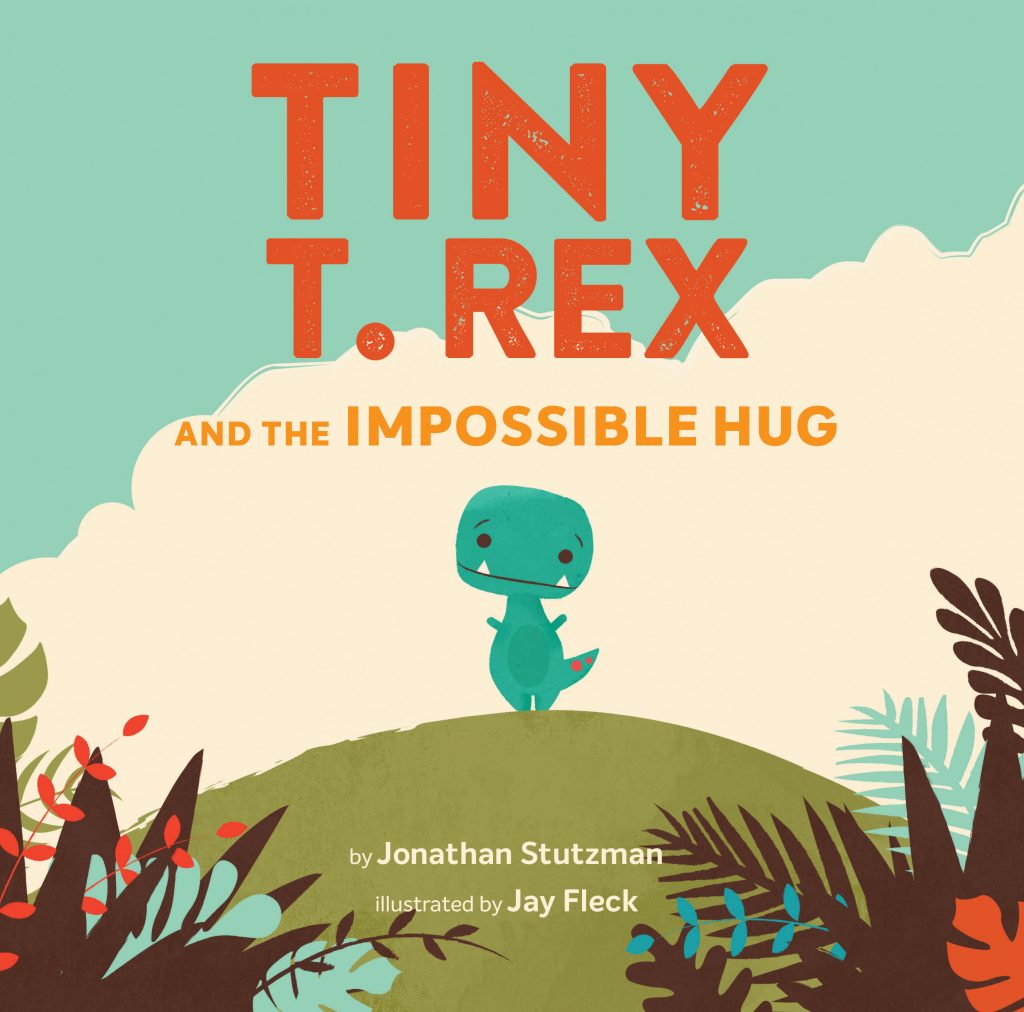 How to Draw a Dinosaur | Tips from the Illustrator of Tiny T. Rex

We’re pairing creative challenges with tips from experts! Last week’s challenge was to make art with materials from nature, so we chatted with the author of Foraged Art. This week’s challenge is to draw an undiscovered dinosaur, so we collected tips from the illustrator of the Tiny T. Rex books!

Tiny T. Rex and the Impossible Hug is a sweet story about a dinosaur who wants to comfort his friend but can’t (something many of us are familiar with in the age of quarantine). However, Tiny T. Rex is not stuck inside. His arms are just too short to hug his dino friend. After receiving advice and going on an adventure, Tiny finds a way to be there for his friend. Along the way, readers meet colorful dinosaurs drawn by illustrator Jay Fleck.

KiwiCo: What was your favorite part about illustrating Tiny T. Rex and the Impossible Hug?

Jay Fleck: I enjoyed everything about illustrating the book! I really liked the character, and it was fun to show his expressions and illustrate the different situations he finds himself in. My favorite part was probably where he hugs the cactus. I love cacti and it was such a funny idea. Poor, Tiny!

Jay Fleck: The main characters are Tyrannosaurus rexes. Tiny’s best friend, Pointy, is a Stegosaurus. On some pages you can spot a Brachiosaurus in the background. And towards the end, a Pterodactyl makes a surprise appearance! My versions of dinosaurs are much simpler and more stylized. At the same time, you can still tell that Tiny is a T-rex, so I had to look at real dinosaurs for inspiration.

KiwiCo: Did you know that paleontologists recently discovered a real-life version of Tiny – a 3-foot tall cousin of the Tyrannosaurus rex?

Jay Fleck: Yes! That discovery was made right around when the first Tiny T. Rex book came out, so I was very excited. I think Tiny is a little sweeter, and he probably gives better hugs! To make him look friendlier than a real T-rex, I drew Tiny’s head big and blocky and his eyes large and round. Then I added eyebrows so he looks like he’s making cute expressions. Tiny says a lot through his eyebrows!

KiwiCo: What steps do you recommend kids follow when they draw a dinosaur?

Jay Fleck: When drawing a dinosaur, you don’t have to draw it all at once in one line. Instead, start by creating shapes like circles, triangles, or rectangles.

Here are basic steps for drawing a dinosaur that looks like Tiny:

KiwiCo: If you could draw an undiscovered dinosaur, what would it look like?

Jay Fleck: A T-rex with wings is just about the coolest thing that I could imagine. I came up with this idea by combining two dinosaur types! Of course, mine would be super friendly and would fly around giving hugs!

See all from Arts & Crafts ➜