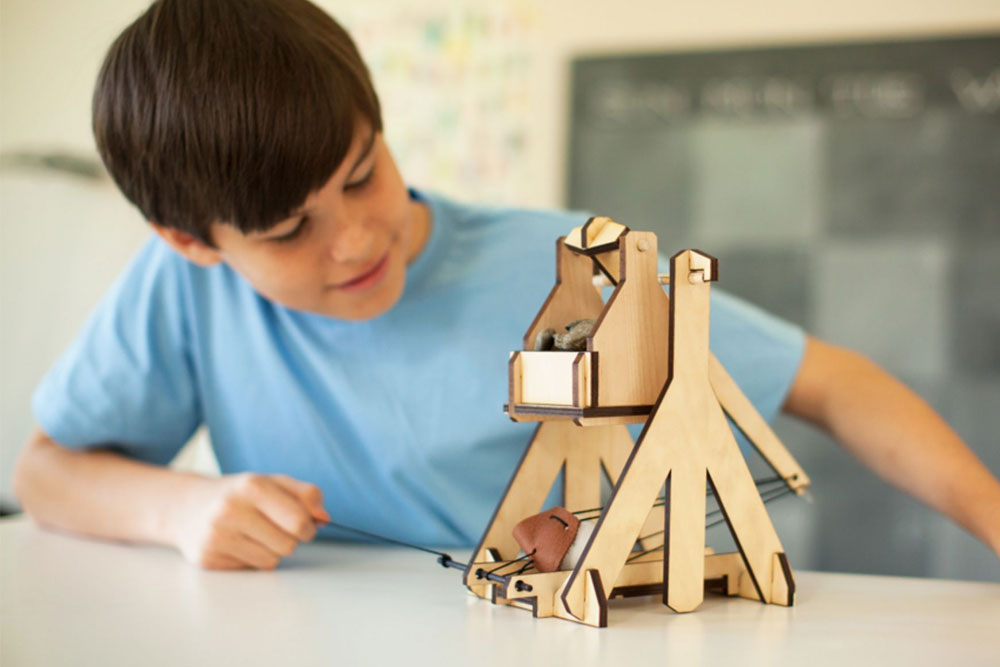 For tens of thousands of years, people have harnessed the laws of physics to throw projectiles far and wide. Slings, spears, and bows and arrows may have been used for hunting, fighting, and competition even before written language was invented! A whole mess of mechanical weapons were on the battlefield around the same time — here are just seven of them.


As a fun winter activity, you can make your own projectile with marshmallows. Can’t get enough? Buy your own Ballista Tinker Crate here, or the Medieval Koala Crate for younger ones.

Trebuchets were first created in China around the fourth century BC, by attaching a sling to a long stick and frame. The idea for this new machine spread throughout the Middle East and Europe, and larger versions were created. At first, they were human-powered, but eventually, Islamic engineers invented a design using a falling weight–and the power of gravity! Some of them grew to be huge–up to 60 feet tall, with the ability to launch a stone over 300 yards. 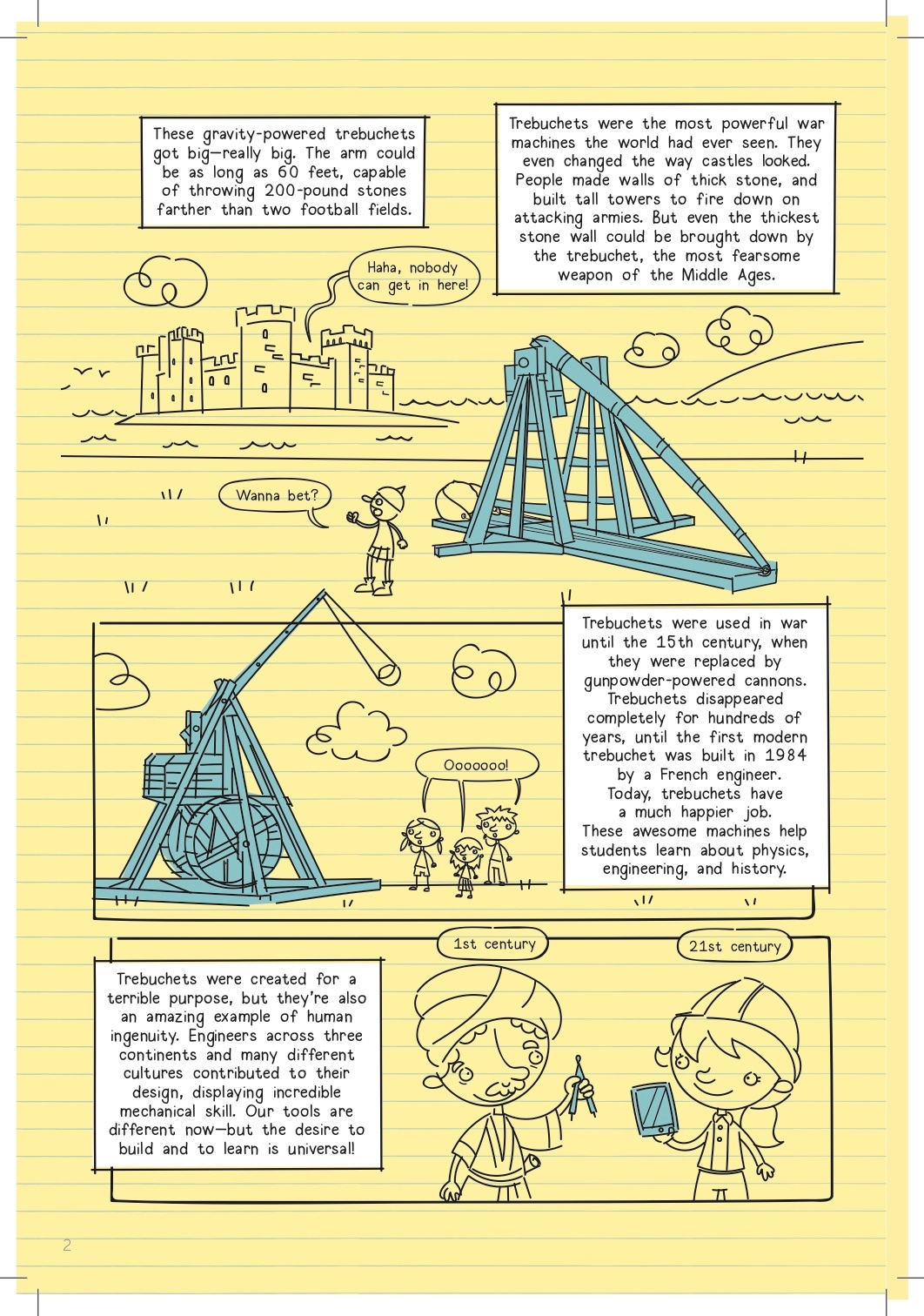 The onager was a kind of catapult powered by twisted ropes. It was made to replace the ballista, which was more complicated to build, repair, and operate. It only had a single set of ropes to power it, and a simpler frame.

Gastraphete, which means “belly-bow” was a type of crossbow that was so big, soldiers had to use their whole bodies to load it with arrows.

Why not try making your own bow and arrow? 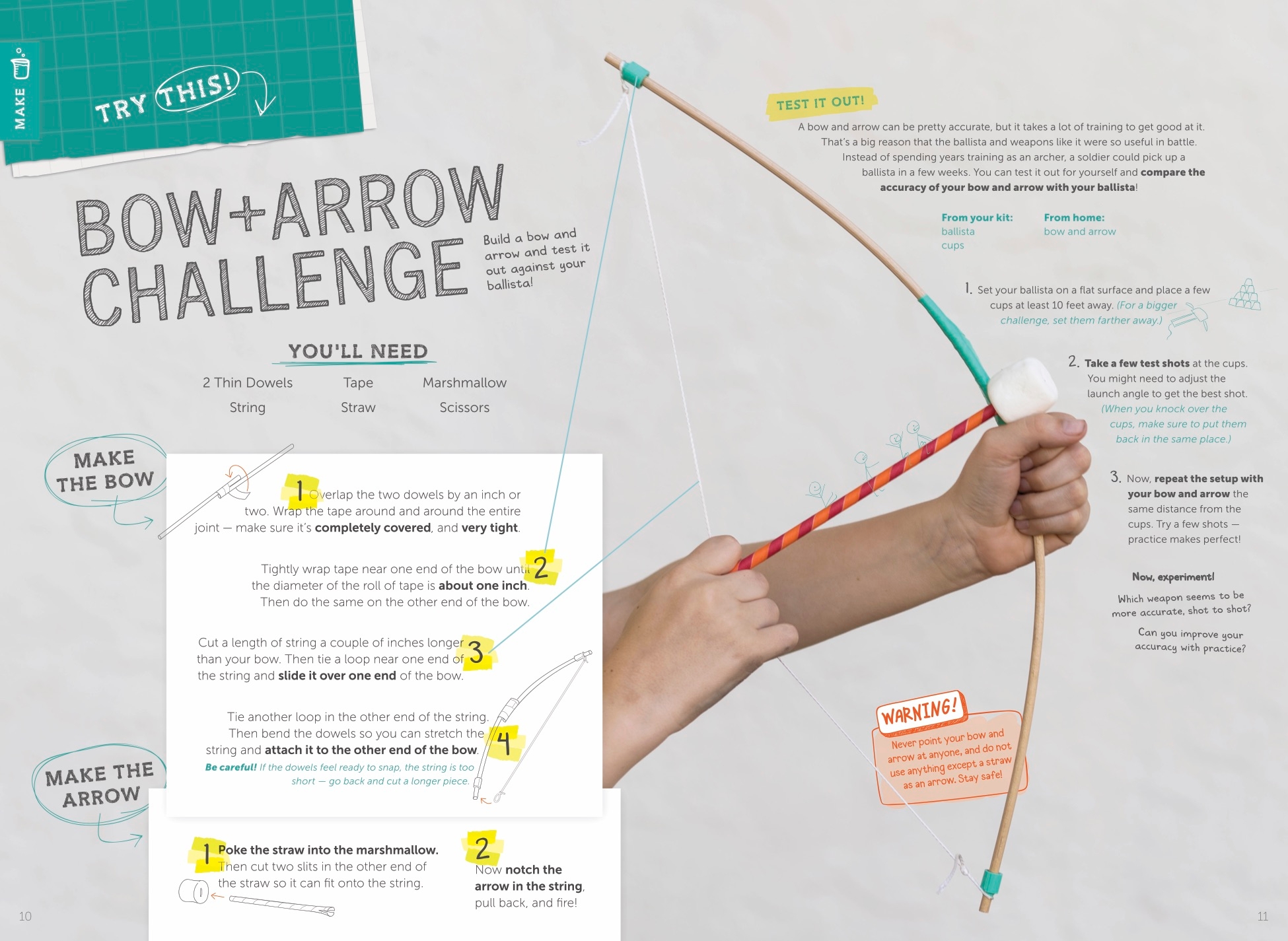 Invented by the ancient Greeks, ballistas were the first weapons to use bundles of twisted ropes to throw a projectile. The largest ones were capable of tossing 100-pound rocks with ease!

Carroballistas were a more mobile version of giant ballistas. They were small enough to be mounted on horse-drawn carts. 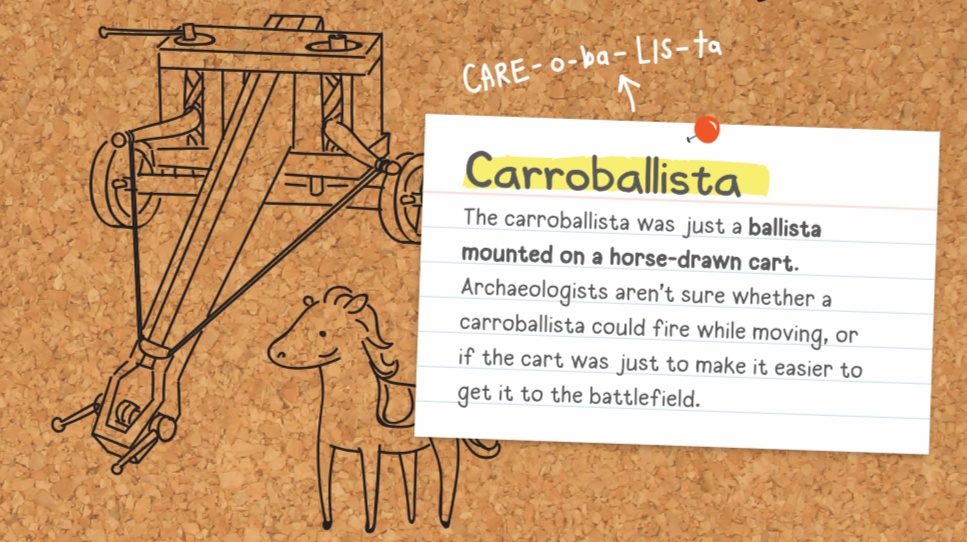 The smallest variation of the ballista, the scorpio was small enough to be operated by just one soldier.