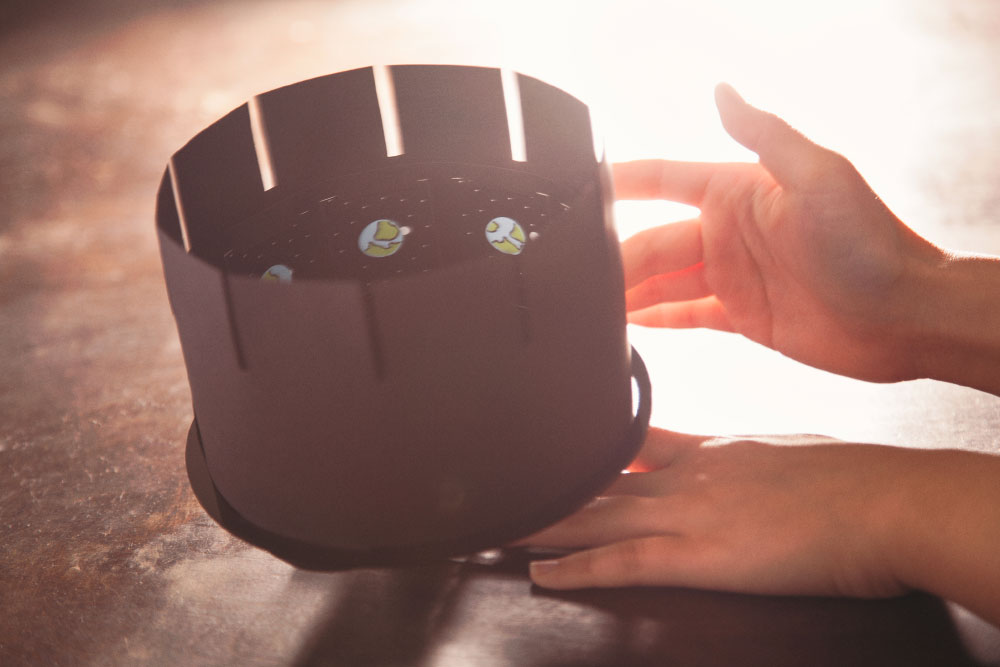 Everyone loves watching movies, but have you ever thought about how they’re made? In this article, you’ll discover some of the secrets behind movie magic and even learn how to create your own DIY animations!

Animation can seem like magic because it looks like still drawings come to life. But what’s really going on?
Partly, your eye blends a bunch of images into a single image when those images are moving fast enough. This is called persistence of vision. 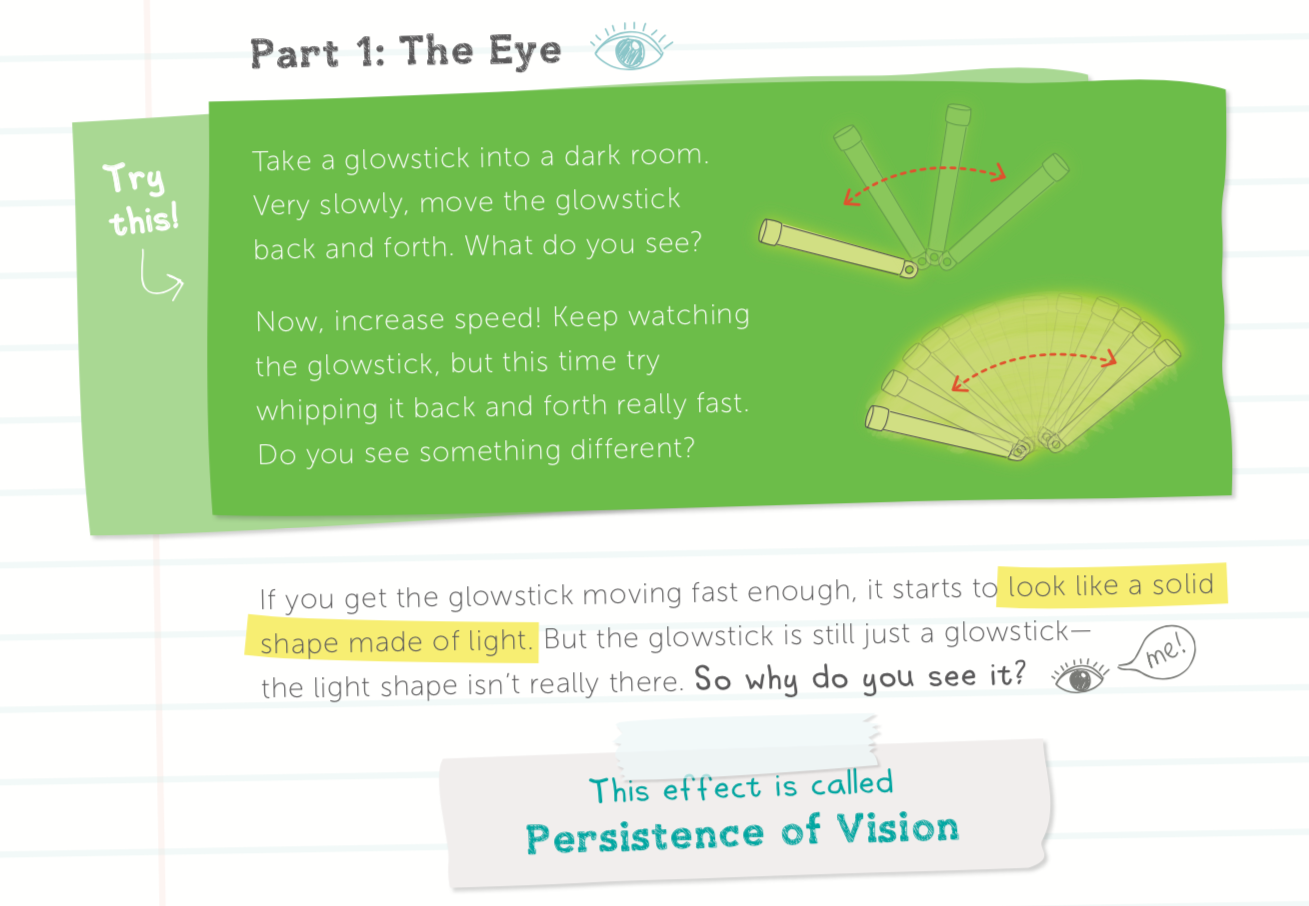 But your brain is helping, too! 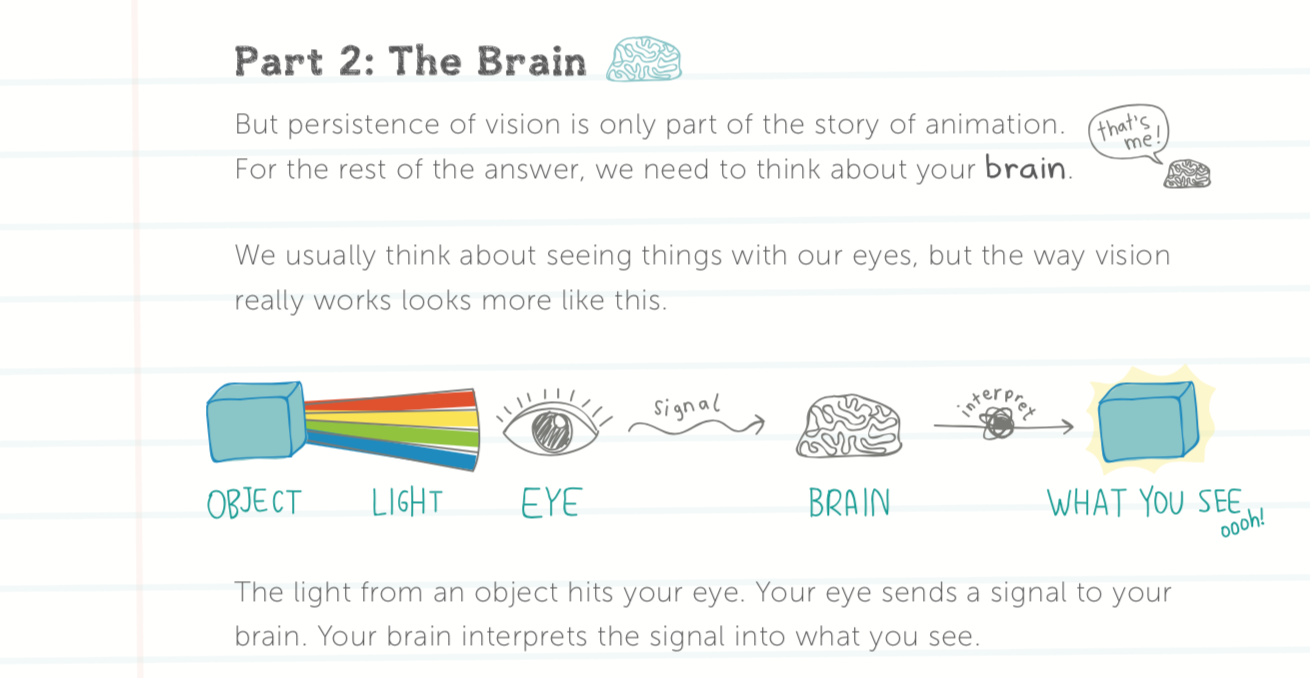 When it sees a bunch of images changing quickly, it melds them together into one moving object.

It’s believed that thaumatropes were the first piece of technology to use persistence of vision to combine two images into one! They didn’t create animation, but they were an important step along the way. So when you make a thaumatrope, you’re creating a little piece of movie history! Make your own thaumatrope here!

You can also check out this one we made for Valentine’s Day!


Flipbooks were first patented in 1868, and they were the first form of animation to use images that appear one after another in a line, instead of spinning in a circle. Another word for them is kineographs, which means “moving pictures.” Make your own flipbook movie here!

You can learn more about the history of animation here!

All these cool activities and more can be found in our Zoetrope Tinker crate. You can get this crate as part of a Tinker Crate subscription. Learn more about our Tinker Crate line here!