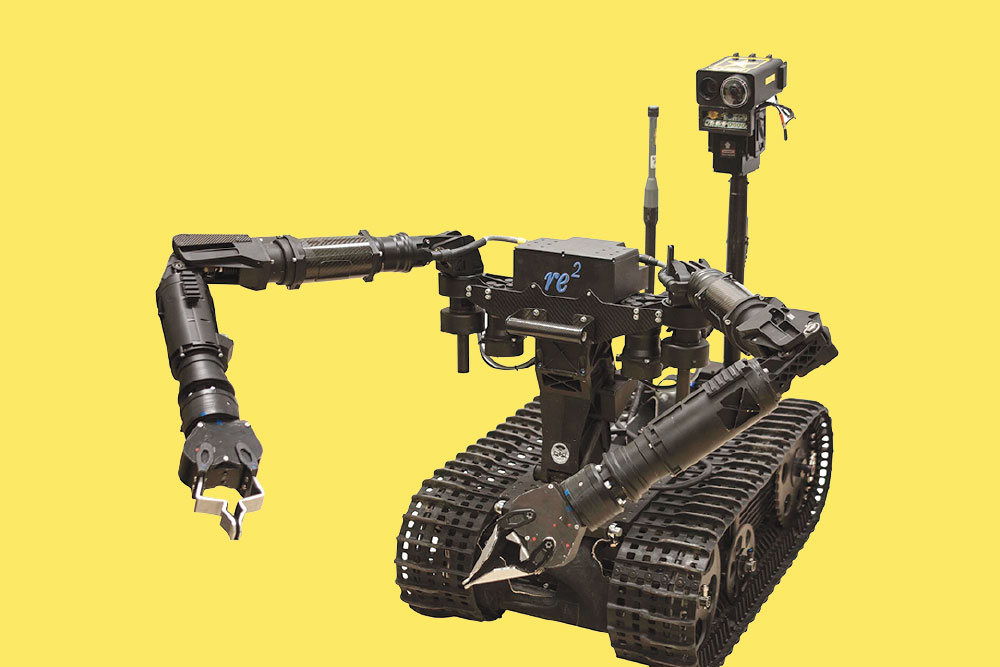 Jorgen Pedersen is a professional robot designer! He is the CEO and founder of RE2 Robotics, a company whose robots can defuse bombs and perform other dangerous tasks. Check out our interview with him below

What inspired you to get into robotics?
I have been intrigued by robots ever since watching Star Wars in the late 1970’s. Frankly, I just thought they were cool. This drove me into learning math and science in school and programming while at home.

What was the first robot you ever built?
The first robot I ever built was called “Sidewinder.” I built it as part of a small team of undergraduates at Carnegie Mellon University with the purpose of entering the Walking Machine Decathlon Competition held in the mid-1990’s. Sidewinder I failed miserably during the first year we competed, not even being able to complete one single event. However, Sidewinder II performed admirably the following year, securing third place and giving me the confidence that I could make a career out of building robots!

Your company makes robots that defuse bombs. Why is that especially important to you?
We build robots to save lives or improve quality of life. One of the most dangerous jobs in the military and in the public safety market is rendering bombs or other explosive devices, such as IEDs, safe. We take human operators out of harm’s way. In short, our robots save lives and there is nothing more important than saving human life.


What advice would you give to someone who wants to create their own robots?
Robotics is the fusion of mechanical, electrical, and software engineering. To create your own robots, I would recommend learning as much as you can about each discipline or surrounding yourself with people who are experts in areas in which you are not. Great robots emerge through collaboration and brainstorming.

This interview was originally conducted for and published in our “Radical Robots” Tinkerzine.

Want to practice creating your own innovative designs? Maker Crate delivers a new art and design workshop every month for ages 14+. It’s the perfect way to help your imagination run wild!