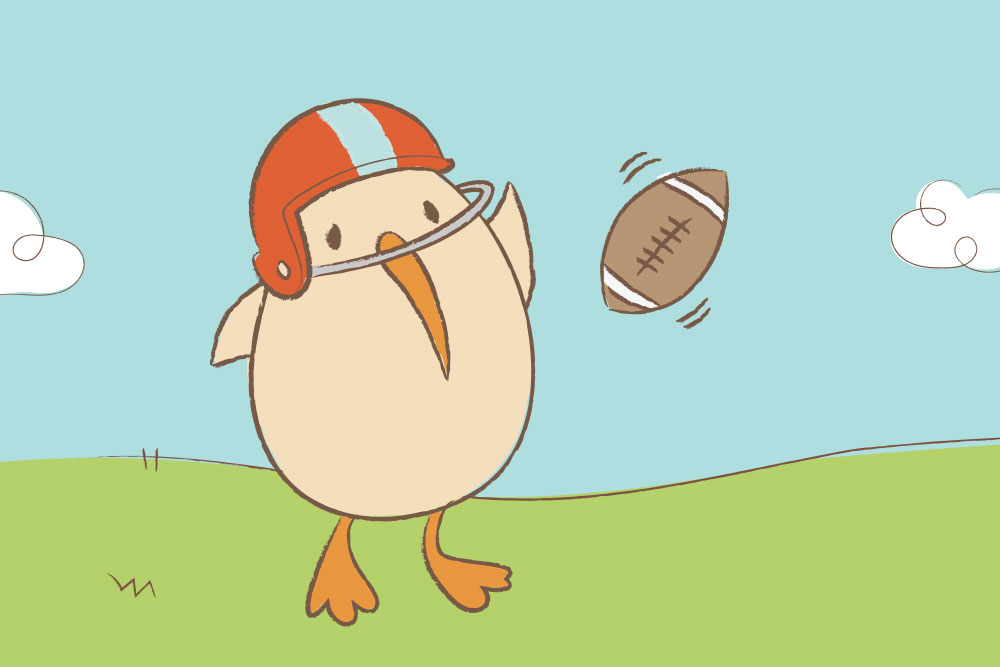 The Surprising Physics of a Spiraling Football

Super Bowl LII is almost upon us! In honor of Super Bowl Sunday on February 4th, we’re looking at the scientific side of this great American sport.


Fundamentally, a football flies through the air like any projectile: its velocity depends on the angle you launch it at and the speed at which you throw it. However, if you’ve ever thrown a football, you know that just throwing it hard doesn’t guarantee that it will spiral. In fact, the oblong shape and pointed ends of a football make it harder to throw without spiraling it.

So how do quarterbacks do it? Something called gyroscopic precision. Rather than give a complicated definition, imagine a spinning toy top. That is gyroscopic precision in action. So now, you have two forces acting on the football: it’s traveling forward (through the air and ultimately downward toward the ground) but also spinning. Both forces take energy, so a quarterback needs to find the perfect happy medium between a fast spiral and forward motion–a faster spin takes up unnecessary energy from propelling the ball forward, so if a quarterback puts too much spin on the ball, it won’t go as far as it could. A good spiral speed is about 600 rotations per minute, or 10 spins per second (which is pretty fast!)

When a quarterback throws a pass to a receiver, he’s taking into account the launch angle, velocity, spin of the ball, and speed of the receiver to ensure his teammate will catch it, all with 200+ lb linebackers charging toward him! No wonder Tom Brady gets paid so much!

Are you interesting in learning more about the physics of trajectories? Why not try our Disk Launchers Kiwi Crate or Ballista Tinker Crate?

Or, try playing football yourself with this miniature football game! 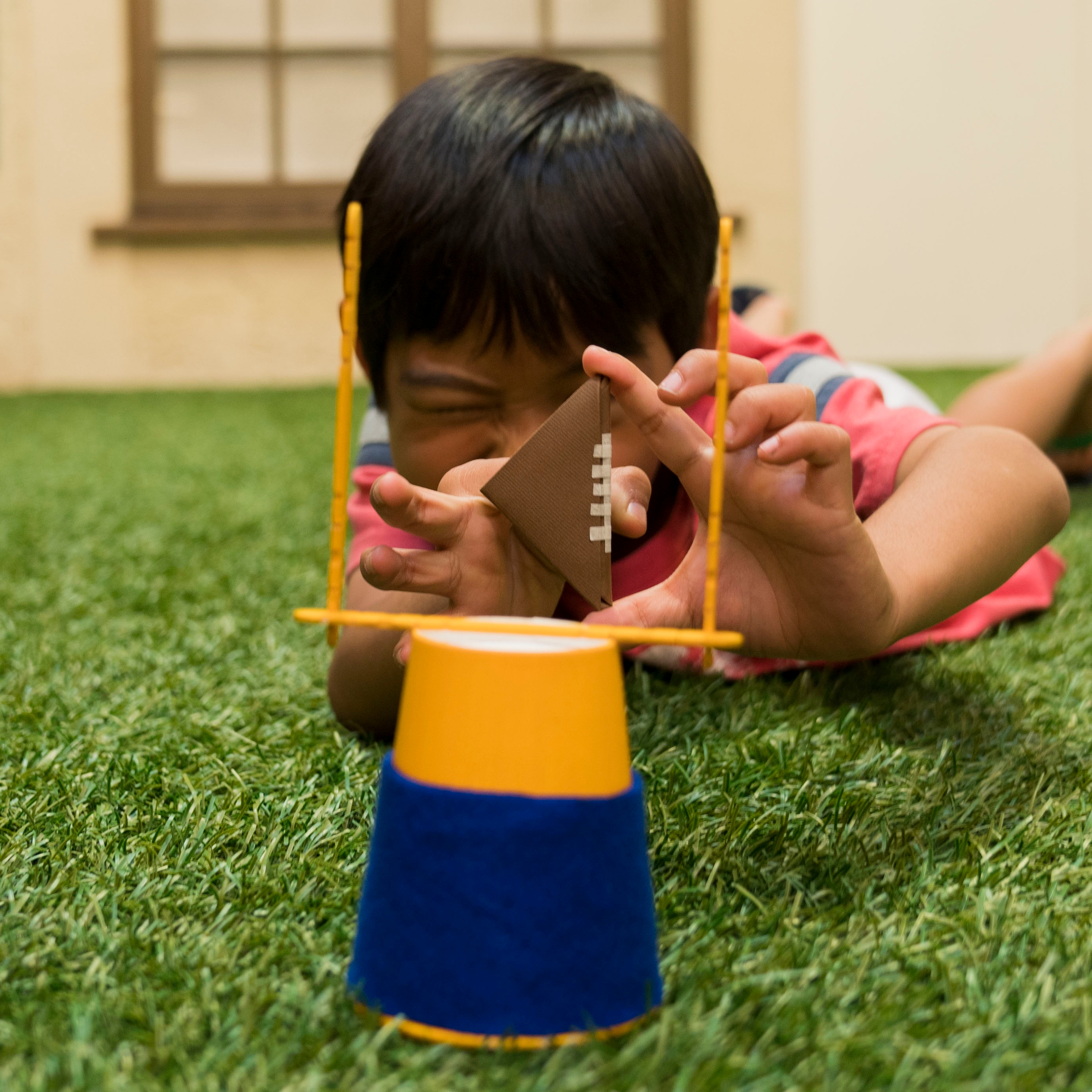